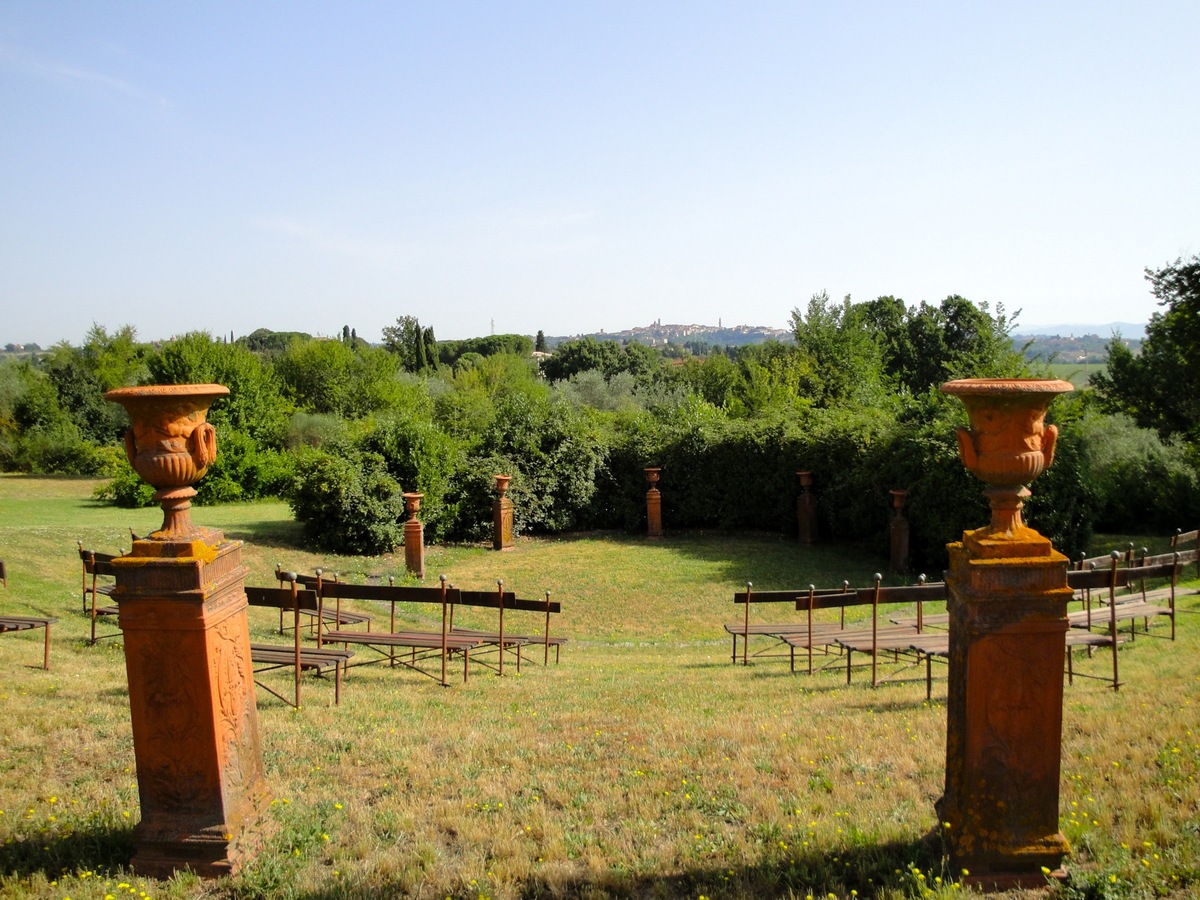 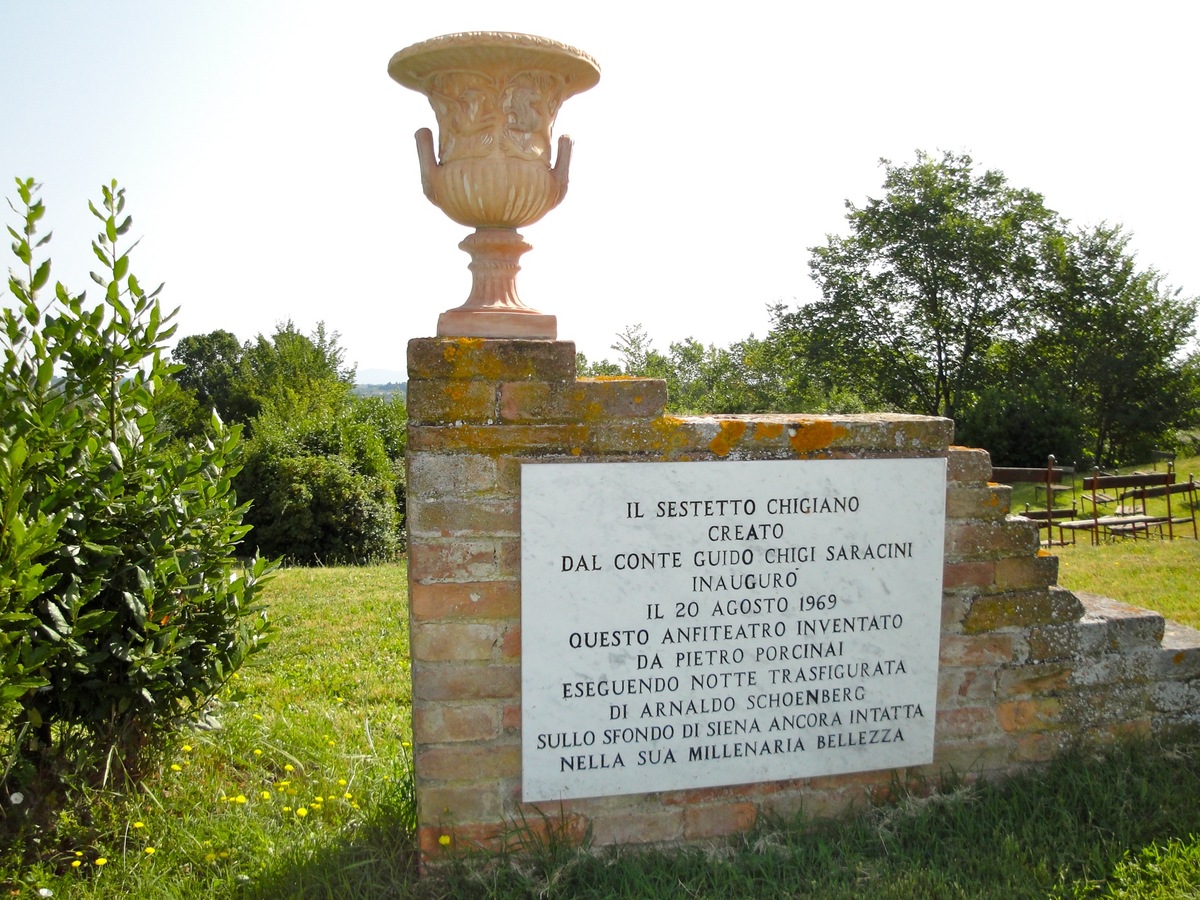 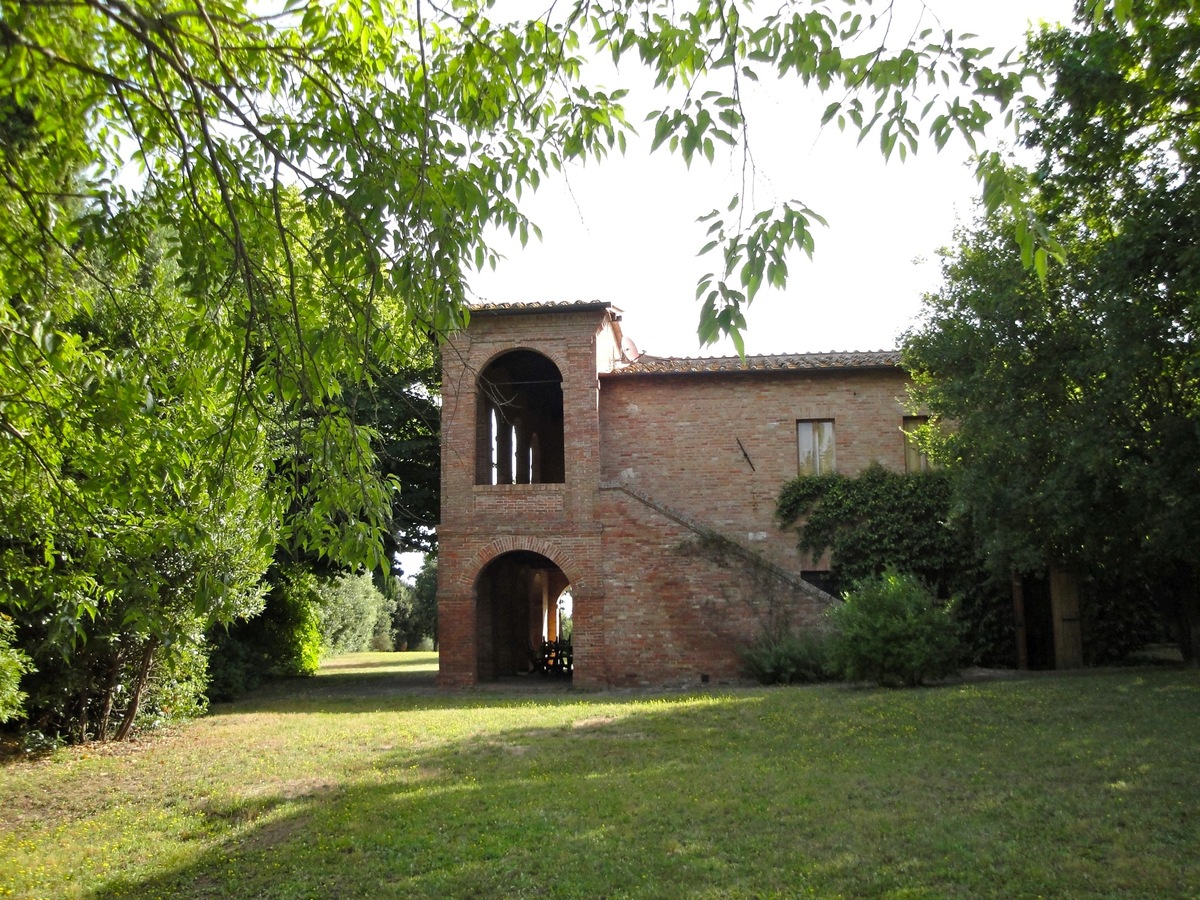 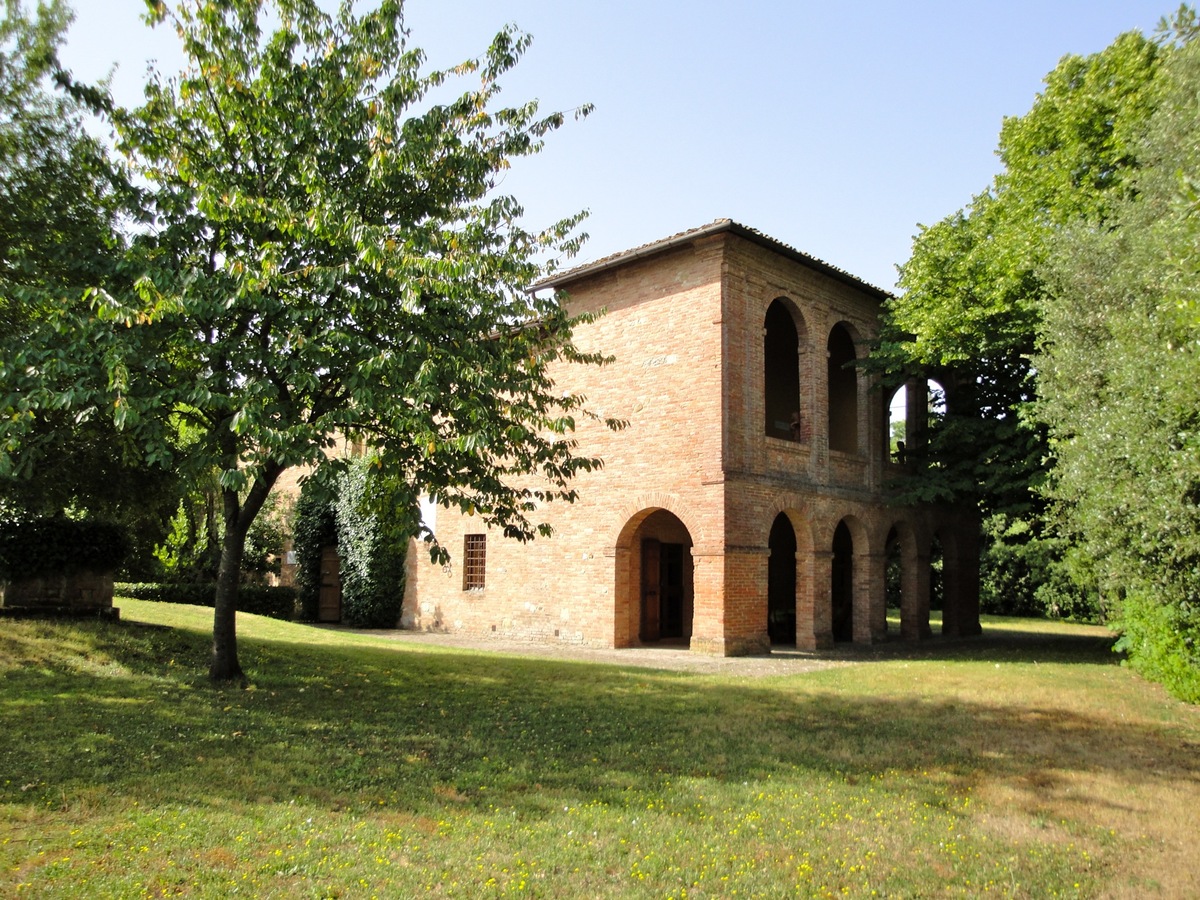 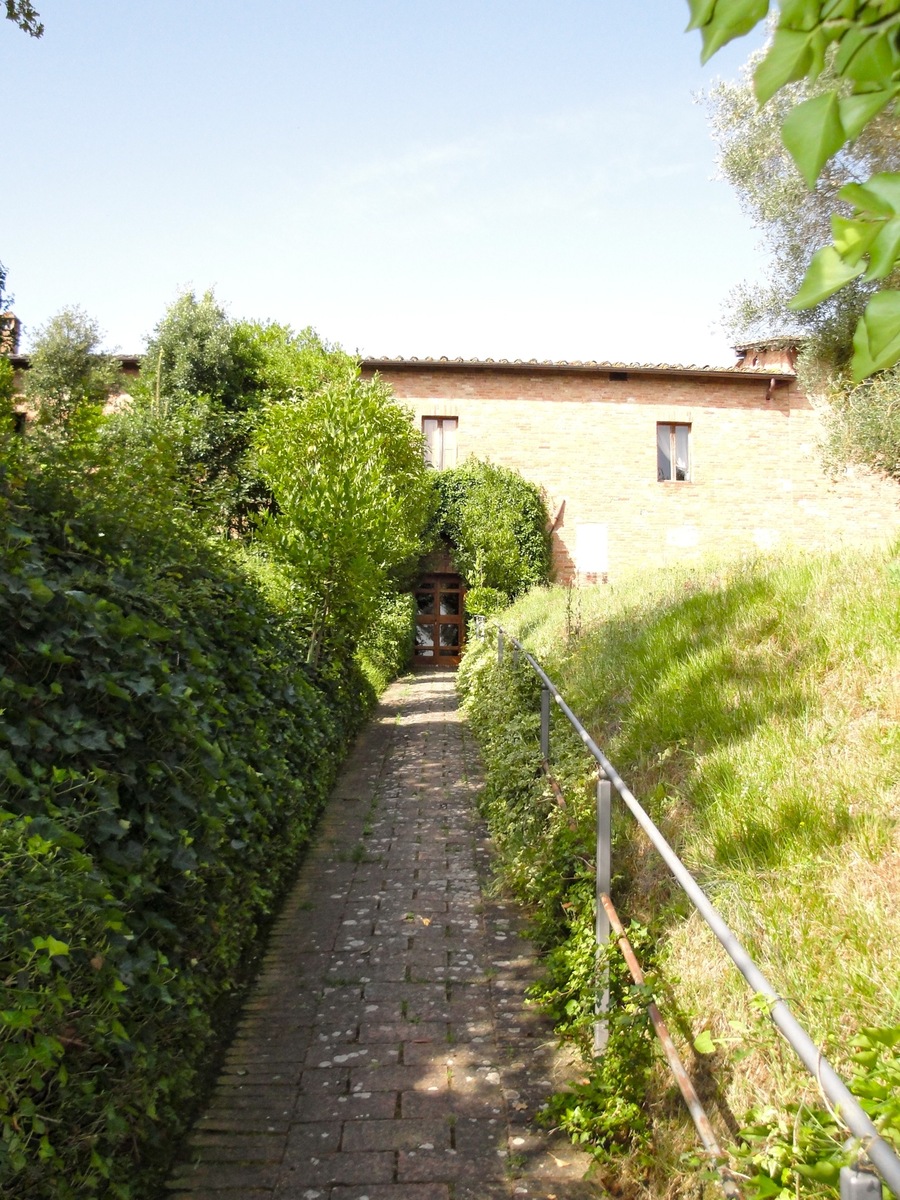 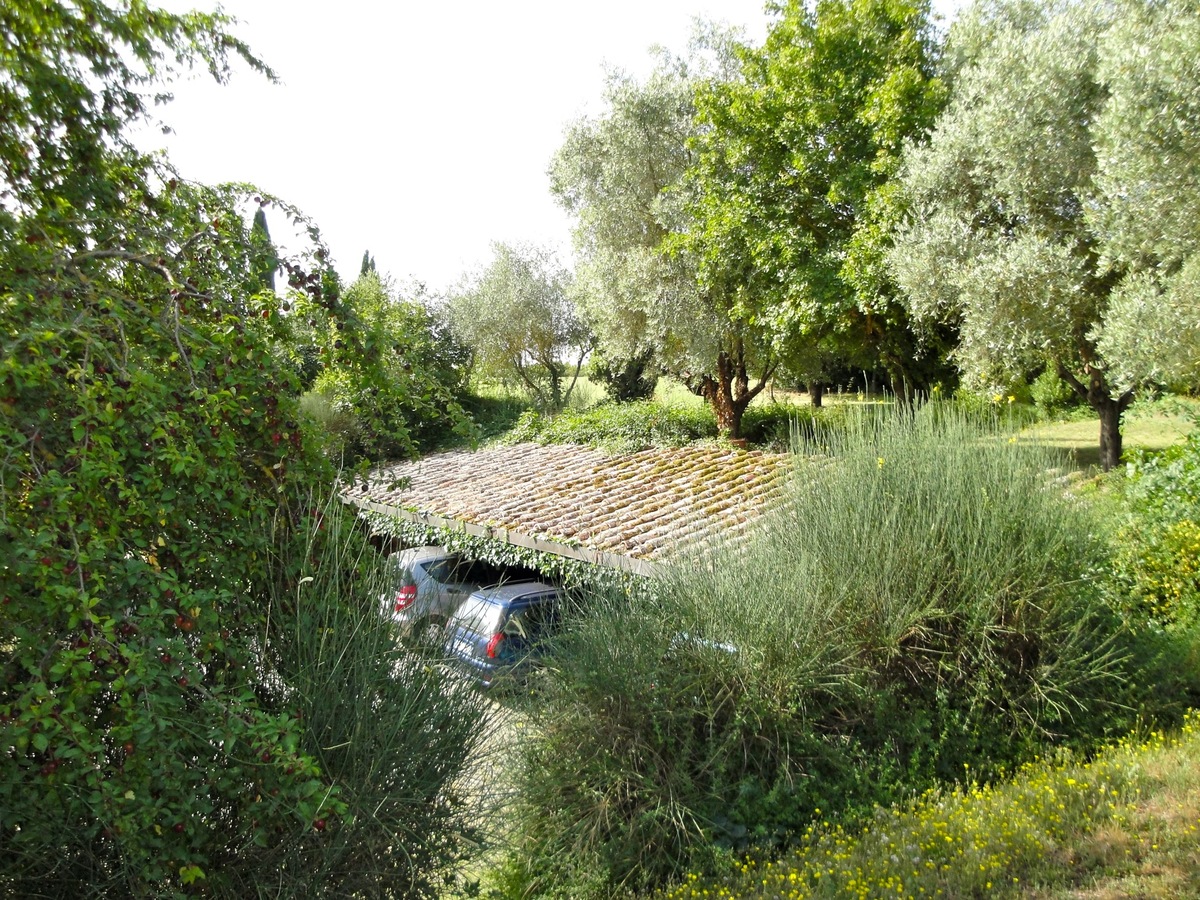 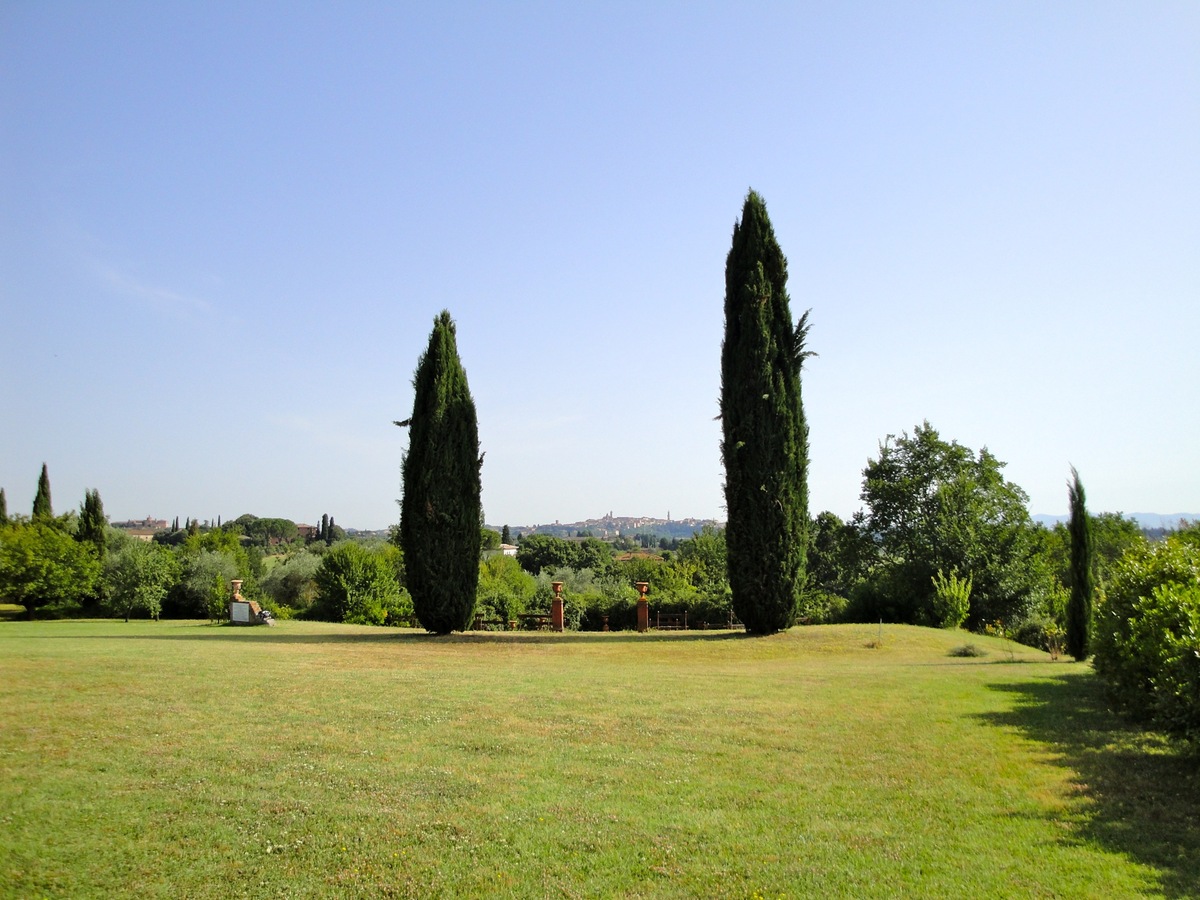 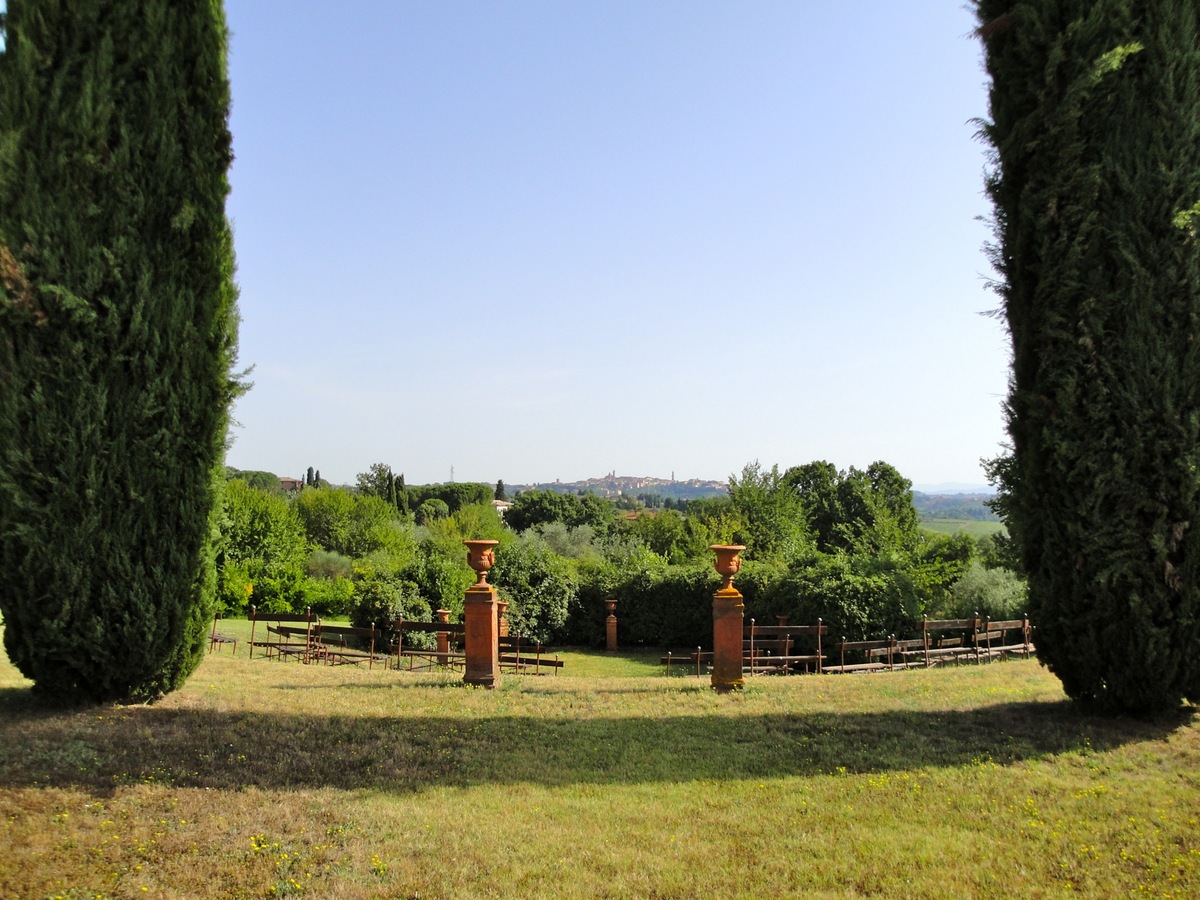 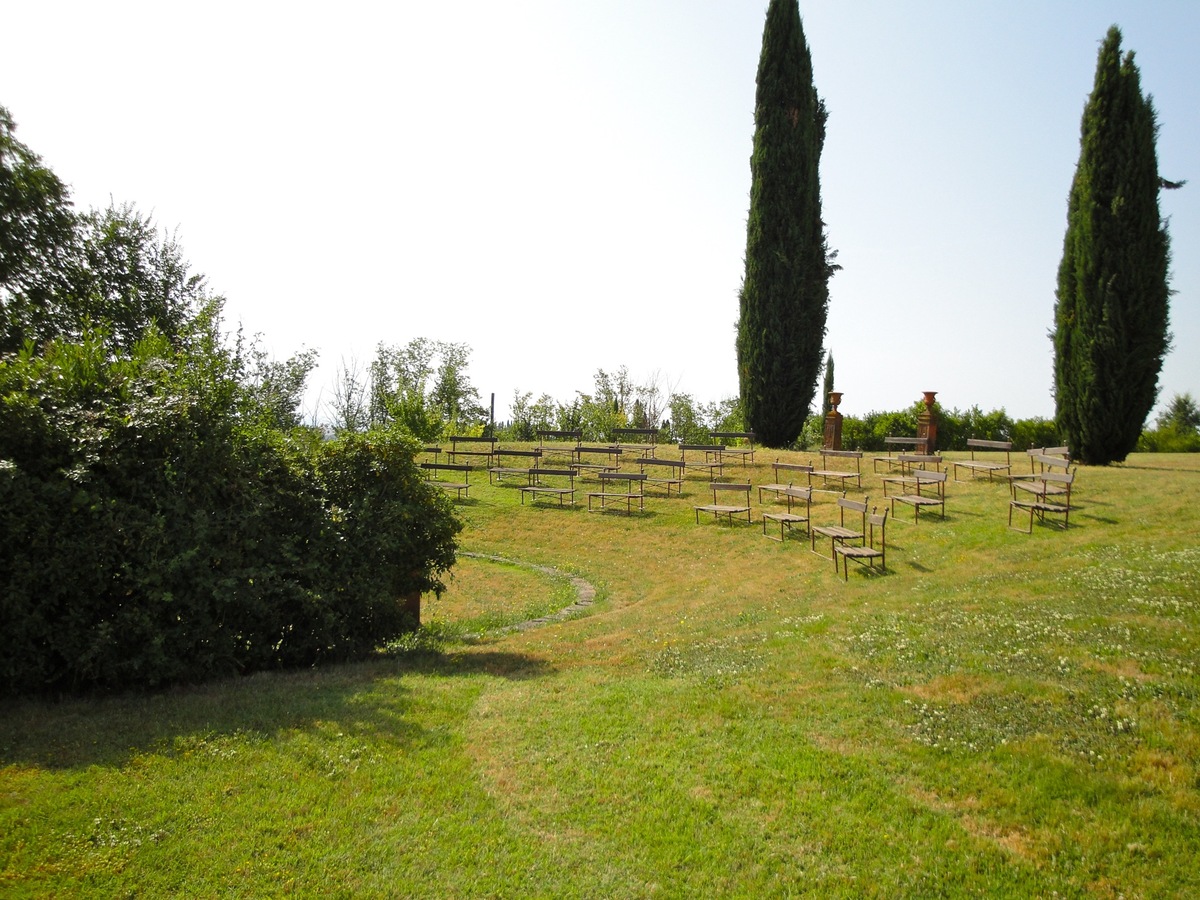 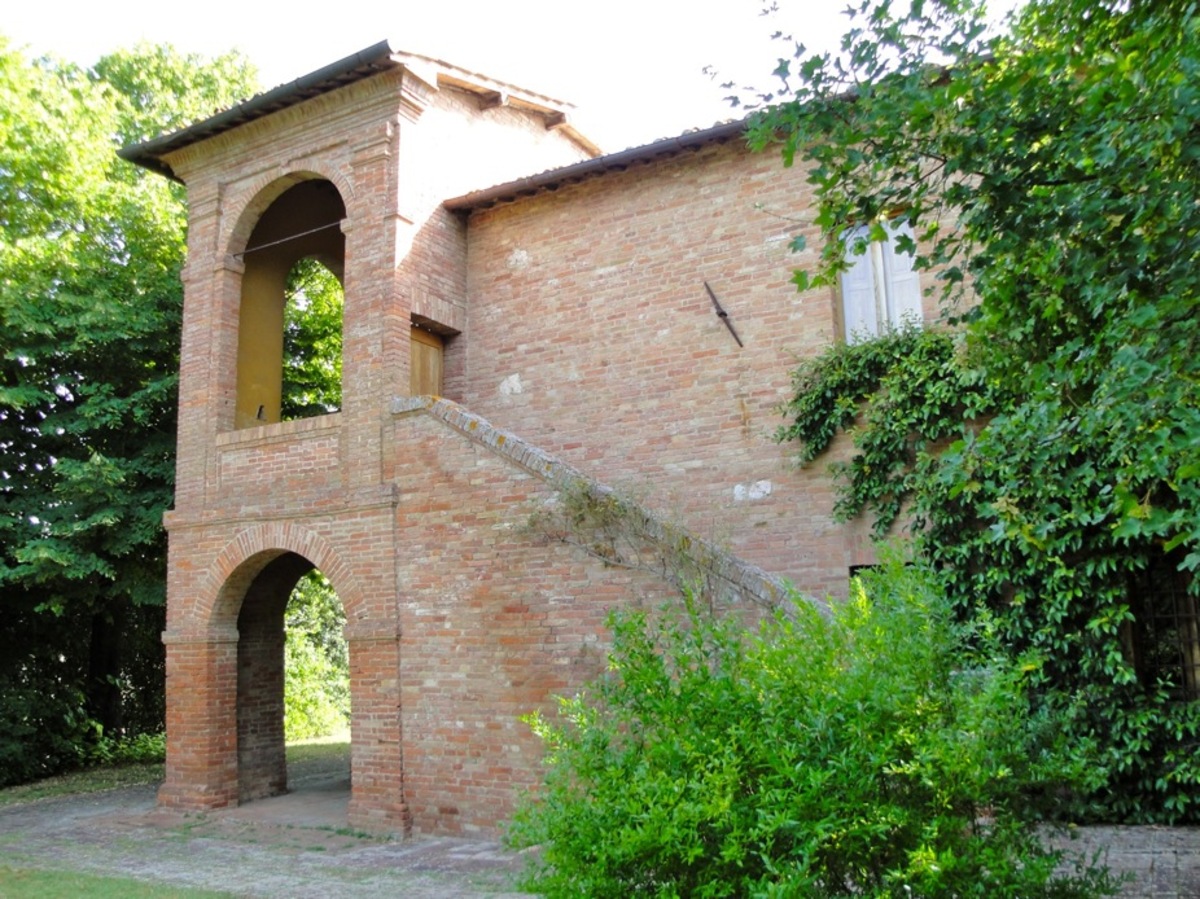 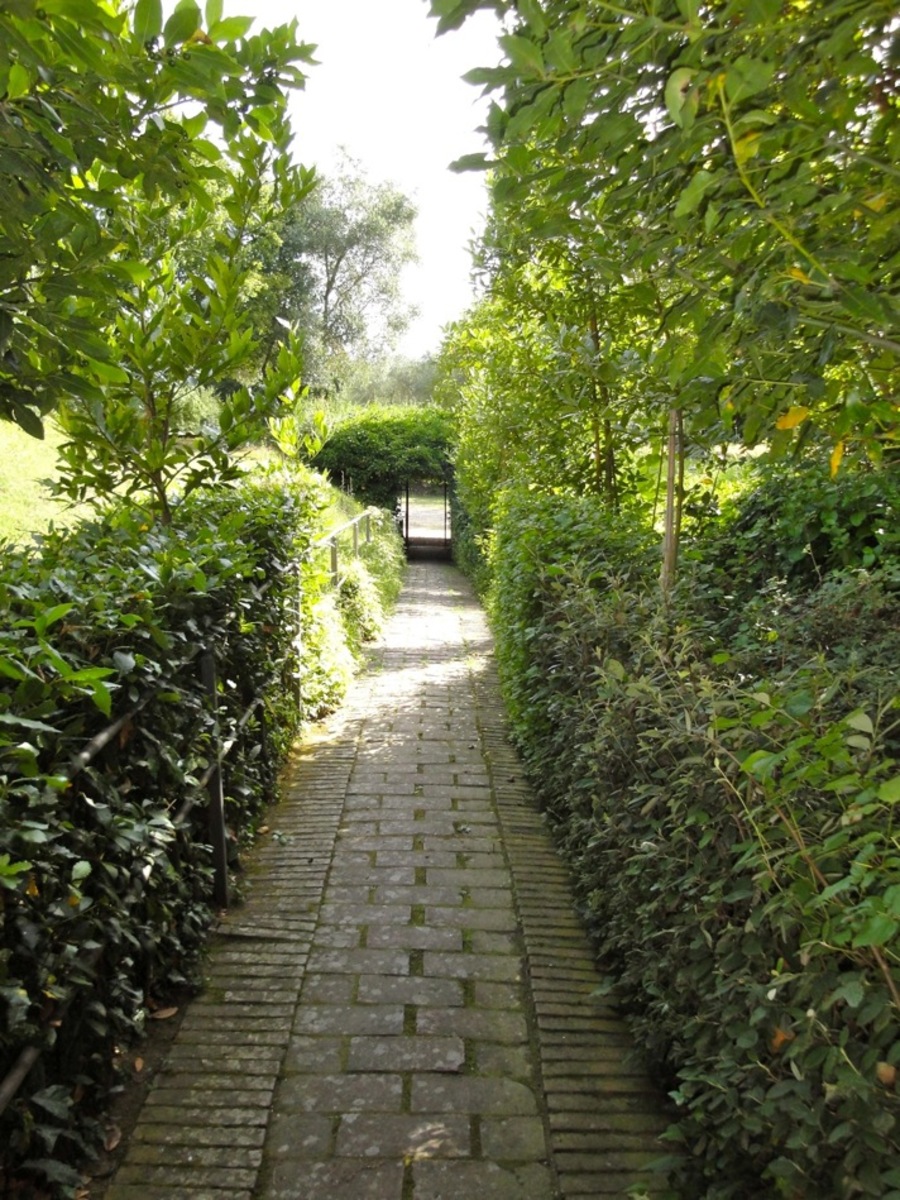 The brick building, with a two-storey loggia on one side, is attributed to Baldassarre Peruzzi, an architect and scenic designer from Siena (1481-1536). There was no garden around it, simply the Sienese countryside with olives and fruit trees. Through extensive movements of soil and alterations to the access road it was transformed into a landscaped garden, an immortal and symbolic site mirroring the Tuscan countryside.

This garden is undoubtedly one of Porcinai’s genuine masterpieces and it is in fact under a protection order from the Commission in recognition of the landscape architect’s outstanding achievement. The relations between the building and the landscape have been altered, in terms of both access and view. The approach road, which was moved and concealed beneath the level of the lawn to delay the moment when the villa is revealed to view, leads to a square car park, not visible from the villa. From here we ascend to the house along a path between two embankments cloaked in lavender that leads to the main entrance of the villa, framed by an ivy-covered arch. Moving around the house we come to a delightful outdoor theatre, carved out of the natural slope in the classical tradition, covered simply in grass, with benches of iron and wood facing towards the circular stage, with its wings of _viburnum_ and sixteenth-century pedestals in terracotta. The site commands a stunning view of the Tuscan countryside, with the beautiful city of Siena in the background. The garden has no walls or fences of any kind to interrupt the view of the landscape from the top of the hill; it is a garden that is anything but showy, rather of a supreme simplicity that is harmoniously at one with its surroundings. (Ph.: © Paola Porcinai)